What are the five fair reasons for dismissal?

Dismissing an employee is often difficult emotionally – there are times when an employee may be well liked but needs to be let go for the good of the company. Not all dismissals are desirable; sometimes the dismissal is not what the business would prefer to do but there is no alternative. Regardless of the circumstances, the dismissal should be fair. By doing so, you are preventing your company from facing any unfair dismissal claims if the employee has over two years’ service. It can also make things easier for the member of the management team that needs to conduct the dismissal and, in the end, for the individual being dismissed.

What are grounds for dismissal?

Grounds for dismissal, while an unenlightening term, simply means the basis upon which an employee is dismissed; your rationale or reason for ending an individual’s employment. The issue of dismissal often boils down to two words which are both difficult to pin down – reasonableness and fairness. 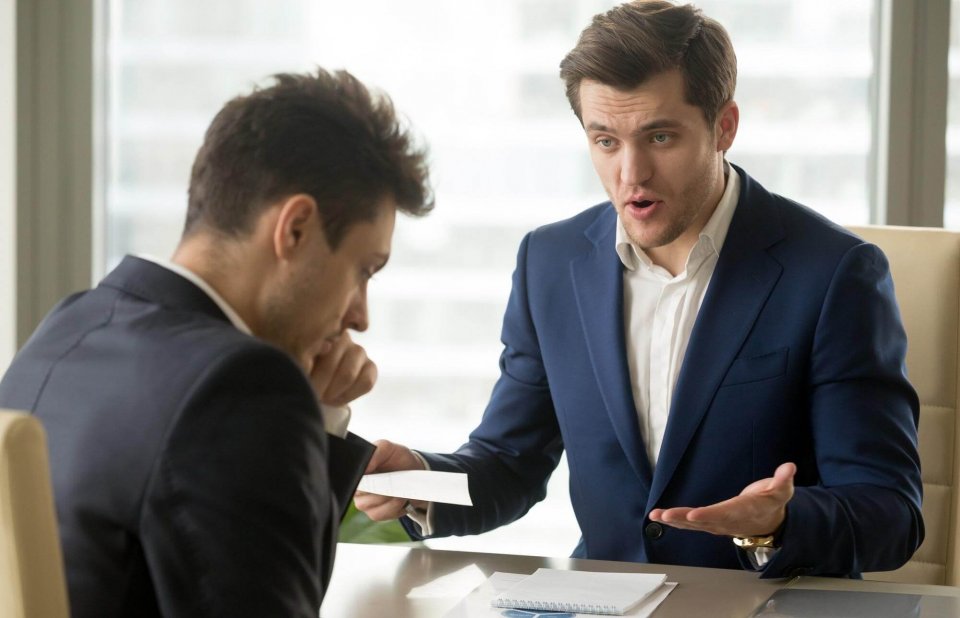 What are the different types of dismissal?

Typically, in the UK, there are five separate categories of ‘fair’ dismissal. One thing to bear in mind is that, while each of the following is considered ‘fair grounds for dismissal’, the employer must also act fairly during the process of the dismissal if it expects to escape a legal claim for unfair dismissal.

What is a fair process?

The process will vary slightly, depending on the grounds being relied on. However, some of the most important steps are set out here. Firstly, there must usually be a reasonable investigation – how in depth this is will depend on the case. The employee must then be invited in writing to a formal hearing, setting out the allegations in advance so that they can properly prepare. The hearing should be chaired by an impartial decision maker and the employee should have a full chance to respond. Following the meeting, the chair would then decide, and a right of appeal should be given. Sometimes a Tribunal would expect to see warnings given first, for example in cases of poor performance, or sometimes it may be appropriate to move straight to a dismissal, for example if an incident of gross misconduct has occurred.

This includes both types of capability – medical and performance related – so there are a few things to consider when using ‘capability’ as grounds for dismissal.
In cases of ill health, you should particularly consider the following:
- Can the employee be supported? Can reasonable adjustments be made?
- Can you allow time for the employee to recover?
- How long has the employee been off for?
- Do you fully understand the employee’s condition (treatment and prognosis) and have you obtained reports from the appropriate professionals?
- Can you offer alternative arrangements such as reduced hours, other roles, or flexible working?
In cases where performance of a role is in question, it is necessary to follow a formal warning process, where performance plans, necessary training and coaching are offered to help address the situation alongside a formalised disciplinary process.

A more unusual ground, illegality refers to a dismissal necessary because their continued employment would be illegal – such as when employing an individual whose permission to work in the country has expired, or where an employee hired to drive receives a ban.
It must be noted that formal dismissal procedure must still be followed – for example considering if a driver can be accommodated in an office position, or is the employee whose work permissions have expired likely to be able to resolve the issue in a reasonable time (assuming they have satisfied themselves that a valid application to extend has been submitted and has preserved the right to work pending determination). Remember that fairness and reasonableness are always your key factors in any dismissal situation and attempt to be flexible where possible and fair.

You can dismiss an employee if they have committed some form of misconduct, for example persistent lateness or unauthorised absence from work, if they have received a series of appropriate warnings first. You should include examples of actions that you consider to be misconduct in your disciplinary rules so that employees are aware of them. The warnings must state a timeframe and should always contain a right to appeal against the decision.
You must spell out that if they fail to improve, they will move to the next stage of the disciplinary process.
In cases of serious misconduct (for example, actions that have or are likely to cause serious harm to your organisation), you can issue a single ‘first and final’ written warning.
For cases of gross misconduct, which can include physical violence, theft or falsification of records, you can dismiss the employee immediately even if they have not received any previous warnings, providing you still follow a fair process.

Redundancy is a different type of dismissal in that it is the role, rather than the employee that is no longer required and, in the absence of finding suitable & alternative employment for the individual, this results in their dismissal. Redundancy is not a reason you should rely on unless there are specific organisational requirements that need to be met, such as:
- The organisation is ceasing trading.
- There is insufficient work to justify retaining all staff (such as during periods of recession).
- There is a specific job or series of jobs which can no longer be supported due to a reorganisation or relocation of the business.
Redundancy can only take place following the appropriate consultation, the length of which depends on the number of potential redundancies. For fewer than 20 redundancies, this will be over a reasonable period. For 20 + redundancies within 90 days at a single establishment, there should be at least a 30-day consultation period and for 100 + redundancies, the period should be a minimum of 45 days. Always remember that you are terminating the role and not the individual.

5. Some other substantial reason

A purposefully widely defined reason, the SOSR category of dismissal is for any other reasonable dismissal that does not fit within one of the other categories. These include reasons such as the expiration of a temporary or fixed-term contract or where your client has stated that they are no longer willing to have your employee on their premises.
It still must the case that you have taken all reasonable steps, for example made every rational effort to accommodate the employee or reform problematic behaviour. While the SOSR category is widely defined, it nevertheless requires proper evidence that the dismissal is fair.

Can you dismiss an employee without reason?

You should not dismiss an employee without reason, and as mentioned previously, your justification and process should be both reasonable and fair. If the employee has over two years’ service, they could bring an unfair dismissal claim against you. However, certain reasons are deemed to be ‘automatically unfair’ and no service is required. For example, you should not dismiss an employee because they are pregnant or on maternity leave, they took action about a health and safety issue or they asserted certain legal rights at work. Other automatically unfair reasons include dismissing someone because they reported you for wrongdoing or because they are in a trade union member and took part in union activities, such as a strike. If an employee has worked for you for at least two years, it is also considered to be automatically unfair to dismiss them because they didn’t declare a spent legal conviction or because the business was transferred to another employer.

An employee can also challenge a dismissal if it is a result of discrimination, for instance if they are dismissed because of their sexuality; marital or civil partnership status; age; nationality, race, or ethnicity; or religion or beliefs. It is also classed as discrimination if you dismiss someone because they are disabled, transgender, pregnant or on maternity leave, or because of their gender. Dismissing an employee without a reason can leave you open to allegations that the dismissal was motivated by discriminatory reasons which evidentially may be difficult to defend.