Proof of ‘right to work’ in the UK

What happens when there is doubt about someone having the ‘right to work’ in the UK?

Is reasonable to dismiss an employee where the employer had a genuine and reasonably held belief that the employee no longer had the right to work in the UK?

UK businesses have an obligation to ensure that their employees have a ‘right to work’ in the UK. Part of this is to check if employees have valid ‘right to work’ documents not only when they commence employment but throughout the employment relationship. The case below considers the issues that may arise when employees fail to provide updated documents confirming their right to continue working in the UK.

In January 2008 Mr Nayak started to work for Royal Mail with a valid work visa, which expired in April the following year. He made an application for a new visa and was issued with a Tier 1 (post study work) visa which expired in December 2010. Prior to its expiry he applied for a Tier 4 (general student migrant) visa which was initially refused but allowed on appeal in May 2011. His application was then passed to the Home Office for processing.

In April 2014, he was warned that he may be dismissed if he failed to provide an updated letter. Failing receipt of that, Royal Mail dismissed Mr Nayak in May 2014. After an appeal hearing, he was given a further 42 days to provide the documentation, but, again, he failed to do so and the decision to dismiss was upheld in August 2014.

Mr Nayak was unsuccessful at tribunal and he appealed which was also unsuccessful as Royal Mail could point to a number of uncontradicted pieces of evidence showing that it had a reasonable belief that Mr Nayak no longer had a right to work in the UK. 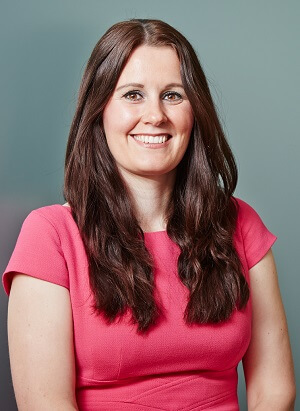 “The reasonable and genuinely held belief of the employer that the employee was no longer permitted to work in the UK was significant in defending the claim of unfair dismissal for Some Other Substantial Reason. Further the employee’s lack of co-operation was a significant factor in reaching this decision.

In addition, having an evidence trail is of the utmost importance in defending such claims, affirmed by the EAT who highlighted the importance of the evidence trail in this decision.  It is also important to demonstrate that a fair process has been followed before considering dismissing an employee in such circumstances.”

Full guide for employers on preventing illegal working in the UK, 2013

Still unsure? If you are a client, please speak to our Employment Law advice line on 0345 844 4848 for any further questions or to discuss alternative commercial options.

If you are not yet a client, please call our specialist business team on 0345 844 1111 to find out how having access to the Citation Employment Law Advice Line could keep you compliant, save your business money and help you flourish.